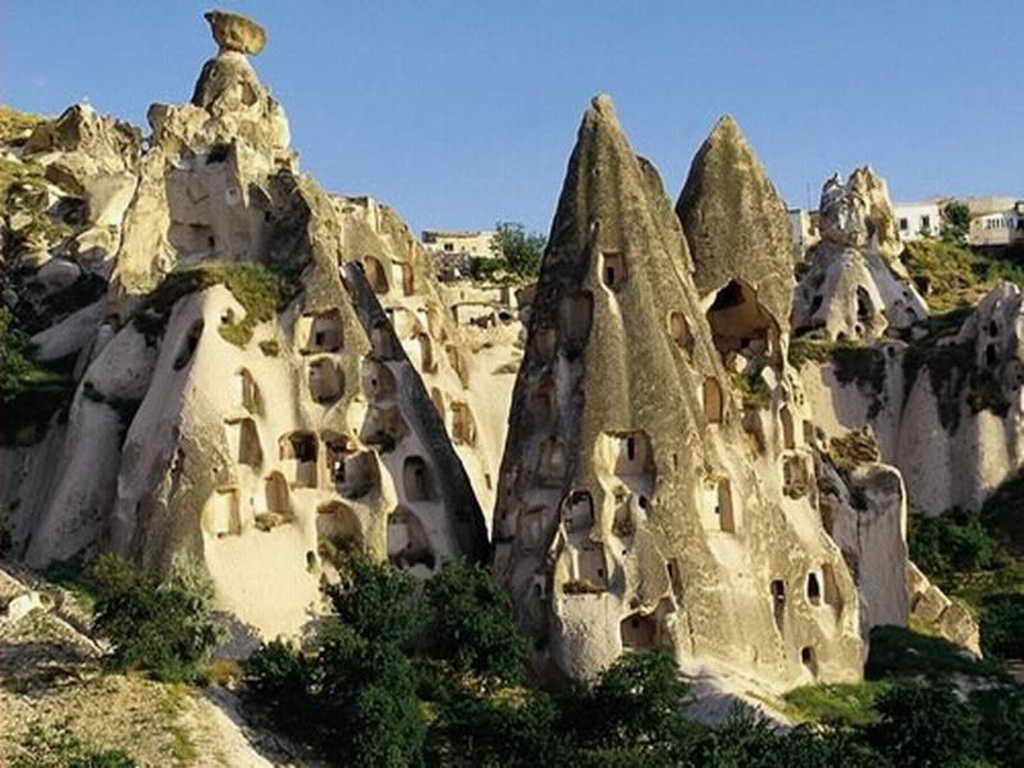 Erosion shaped the incredible landscape of the Göreme valley, but thousands of years ago humans took a cue from Mother Nature and began carving an incredible chamber and tunnel complex into the soft rock. Beginning in the fourth century A.D., an urbanized—but underground—cultural landscape was created here.

Ancient volcanic eruptions blanketed this region with thick ash, which solidified into a soft rock—called tuff—tens of meters thick. Wind and water went to work on this plateau, leaving only its harder elements behind to form a fairy tale landscape of cones, pillars, pinnacles, mushrooms, and chimneys, which stretch as far as 130 feet (40 meters) into the sky.

But human hands performed equally incredible works here. The rocky wonderland is honeycombed with a network of human-created caves; living quarters, places of worship, stables, and storehouses were all dug into the soft stone. In fact, tunnel complexes formed entire towns with as many as eight different stories hidden underground.

Göreme was inhabited as early as the Hittite era, circa 1800 to 1200 B.C. and later sat uncomfortably on the boundary between rival empires; first the Greeks and Persians and later the Byzantine Greeks and a host of rivals. This precarious political position meant that residents needed hiding places—and found them by tunneling into the rock itself.

The site became a religious refuge during the early days of Christianity. By the fourth century Christians fleeing Rome’s persecution had arrived in some numbers and established monastic communities here. The monks excavated extensive dwellings and monasteries and created Byzantine frescoed paintings in cave chapels beginning in the seventh century, which endure in well-preserved isolation to this day.

Göreme is rich with history, but not all of Cappadocia’s troglodyte dwellings are museums. Some still serve as homes and others as hotels, which offer a truly unique hospitality experience.

The primary threats to this World Heritage site come from the forces that created it in the first place. Erosion is returning some human endeavors to a more natural state, and extensive preservation efforts are meant to ensure that the wonders of Göreme survive for another millennium. With increased tourist trade, however, humans have brought modern development and damage or destruction to some of the ancient sites they once created. 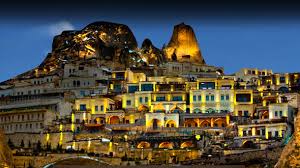