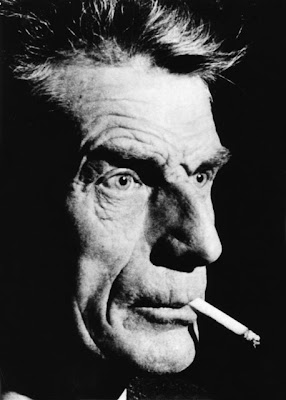 Who is Godot? No one Knows. Many critics have given some interpretations, which are only probable and maybe inaccurate. Someone says it represent death, others salvation, which men obtain in a earthly world. Others again Christ’s reincarnation. A lot of critics, in fact, noticed a certain remeblance between “God” and “Godot”. In Beckett’s universe God doesn’t exist. Only mystery, which can have something divine, can exist turning into any kind of God: the theological, the illusory, or the material one.
We’re almost at the and of this short study about Beckett’s figure and is most important work, “Waiting for Godot”, and it’s time to introduce the real main character of this tragy-comedy: the waiting. The author says that Godot can be anyone or anything, he doesn’t know who Godot really is too, it’s not important, the importance is in his waiting. Godot represent the ultimate wish, which every man have, the most difficult to obtain, the one to which dedicate the whole life and which may be reached only when death arrives. Vladimir and estragon wait for Godot because he can save them from their absurd condition, but they do nothing n order to reach him. The waiting is the main character because it permeates all the drama, or maybe the anti-drama, since there isn’t any action. The alienated man, alone and irrational, can do nothing if not waiting for his salvation; in fact what makes Valdimir and Estragon live and save them from hanging is the hope that Godot will came sooner or later. The alienated world brings the men into the Absurd starting from the Absurd. Absurd produces in human being an illusion, which creates a parallel world in which the anxious and allucinated men can wait for Godot’s arrival, who doesn’t permit to be quiet.
a 23:50